Regarding in particular the European Physiotherapy Benchmark Statement, the decision was taken to withdraw the entire page 3 of the document and present an alternate version at the General Meeting in 2004. The following proposal (in line with a suggestion from Sweden) was also approved:

The development of a European Physiotherapy Benchmarking Statement is an ongoing process, and it is recognised that the agreed text will need a regular revision;
The implementation of this project, both at international and at national levels, will be closely monitored by the Education Working Group, and the subject will be included as a specific point in the agenda of the next General Meetings;
Considering that each Member Organisation may consider necessary to include specific statements and / or find useful to give a more detailed direction related to the national physiotherapy education and practice: at the next GM, in 2004, a full report of these national specifications must be presented, in order to consider eventual revisions of the agreed text.
The discussion of the content of the EPB Statement, and of its process of implementation, will be also included as part of the programme of the European Congress on Physiotherapy Education, organised by the Region in Portugal, Estoril, 4 5 of November 2004.

The next General Meeting of the European Region of WCPT will be held on 13-15 May 2004 in Limassol, Cyprus, with the support of the Cyprus Association of Physiotherapists.

Accession countries differ in their health systems, traditions and specific health situations. At www.europa.eu.int/comm/health/ph_enlargement/Candidates_en.htm, it is possible to get a detailed description of the situation in the ten Central and Eastern European accession countries and their respective Health Ministries.

Call for Papers: Physiotherapy Education in the New Europe

This will be the theme of the European Congress on Physiotherapy Education on 4-5 November 2004 in Estoril, Portugal. The aims of the Congress are the following:
* To provide a forum to determine an integrated view of professional education issues in Europe, from the perspective of educator, professional organisations, employers and national authorities.
* To propose strategies that will advance the quality of professional education to meet the challenges of both a scientific discipline and a regulated profession.
The deadline for reception of abstracts is 30 November 2003. For more details and to obtain the abstract form, please consult www.apfisio.pt/acpe

The European Council on 19-20 June 2003, the last meeting at this level during the Greek Presidency of the European Union (EU), was an opportunity for Heads of State and Government of the Member States, as well as of the Acceding States, to hear a presentation by the President of the European Convention and to discuss the final document containing the outcome of the Convention's work. Moreover, the meeting also focused on the following points: immigration, frontiers and asylum; the enlargement process; the Western Balkans region; relations with the neighbours of the enlarged Union; follow-up of the 2003 Spring European Council; and external relations. For an in depth analysis please read the Presidency Conclusions of the Thessaloniki European Council www.eu2003.gr or www.consilium.eu.int

The European Commission, in collaboration with the Greek Presidency, organised a high level conference on eHealth on 22-23 May 2003 in Brussels.
The objective was to disseminate information on best practices in eHealth and to help to promote the adoption of eHealth applications across Europe. The eHealth Conference brought together European ministers and senior policy makers both from the telecommunications and health sectors to discuss how technology can assist in delivering better and more cost-effective healthcare. For more information please consult: http://europa.eu.int/information_society/eeurope/ehealth/conference/2003/index_en.htm

Please note that in our link section you will find the actual link to PEDro.
PEDro is the Physiotherapy Evidence Database. It has been developed to give rapid access to bibliographic details and abstracts of randomised controlled trials and systematic reviews in physiotherapy. Most trials on the database have been rated for quality to help you quickly discriminate between trials that are likely to be valid and interpretable and those which are not.
You can search the database with PEDro's easy-to-use search engine. The search engine will give you access to all records on the PEDro database.

Starting on 1 July 2003 and for a period of six months, the Italian Presidency of the European Union has released a booklet containing the main priorities for the health sector and an agenda for the main related events. It has also released a comprehensive analysis on "Health Facts and Policies in Italy in the European Context".
The main priorities can be summarised as follows:
– tackling "unhealthy lifestyles";
– promoting access to new medicines and new health technologies;
– improving and expanding cancer screening techniques;
– creating a European Centre for Disease Control and Prevention, especially as far as communicable diseases are concerned;
– supporting an EU directive on quality and safety of human cells;
– supporting smoking prevention initiatives and the FCTC;
– improving the output of health care systems by focussing in particular on medicine and telemedicine;
– delivering better social and health services for non self-sufficient elderly people.
Please find the above-mentioned document at www.epha.org/a/393

The following decisions were taken at Executive Committee Meeting in Oslo:

2. Translation of documents approved at the Extraordinary General Meeting
The final version of the European Physiotherapy Service Standards and the Audit Tool for use with European Core Standards of Physiotherapy Practice, approved in Barcelona, are already available on the website, in PDF format. The European Benchmark Statement will be placed on the website shortly. Member Organisations should send translated copies of these documents to the Secretariat, in line with the translation procedures (which will be sent shortly by the Secretariat).

An Executive Committee Meeting will be held on 11-12 May 2004, prior to the General Executive Meeting of the European Region in Cyprus.

6. New Directive – Current situation / Common Platform
The importance of the European Benchmark Statement, that could be part of the Common Platform for professional recognition of Physiotherapists, was emphasised. It was recognised that this subject involves the action of three Working Groups.

Adoption of the Draft Report on the Proposal for a European Parliament directive and Council directive on the recognition of professional qualifications by the European Parliament's Committee on Legal Affairs and the Internal Market (the rapporteur is Mr Zappala) is foreseen on 11 September 2003. A part-session by DGI is foreseen on 22 September 2003, and a part-session by DGII coordination on 8 October 2003.

7. Publication and Promotion
A regular, structured and effective communication with the Member Organisations should be developed. The replacement of the title "Latest News" with "European Region News" emphasises a new dimension and contents of this Newsletter.

"European Region News" has a component including practical information about Member Organisations, General Meetings, Working Groups, and the Executive Committee. In addition, the new newsletter aims gradually to make the EU labyrinth comprehensible to all Members, in order to help them understand an organisation that has and will have a major impact on decision-making in their countries. In sum, the newsletter should make Members aware of what is happening in the EU and familiarise them with EU health affairs that have an impact on them. 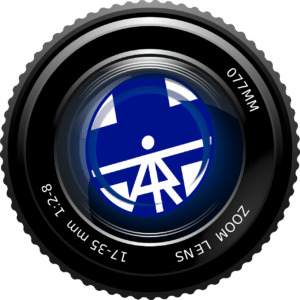